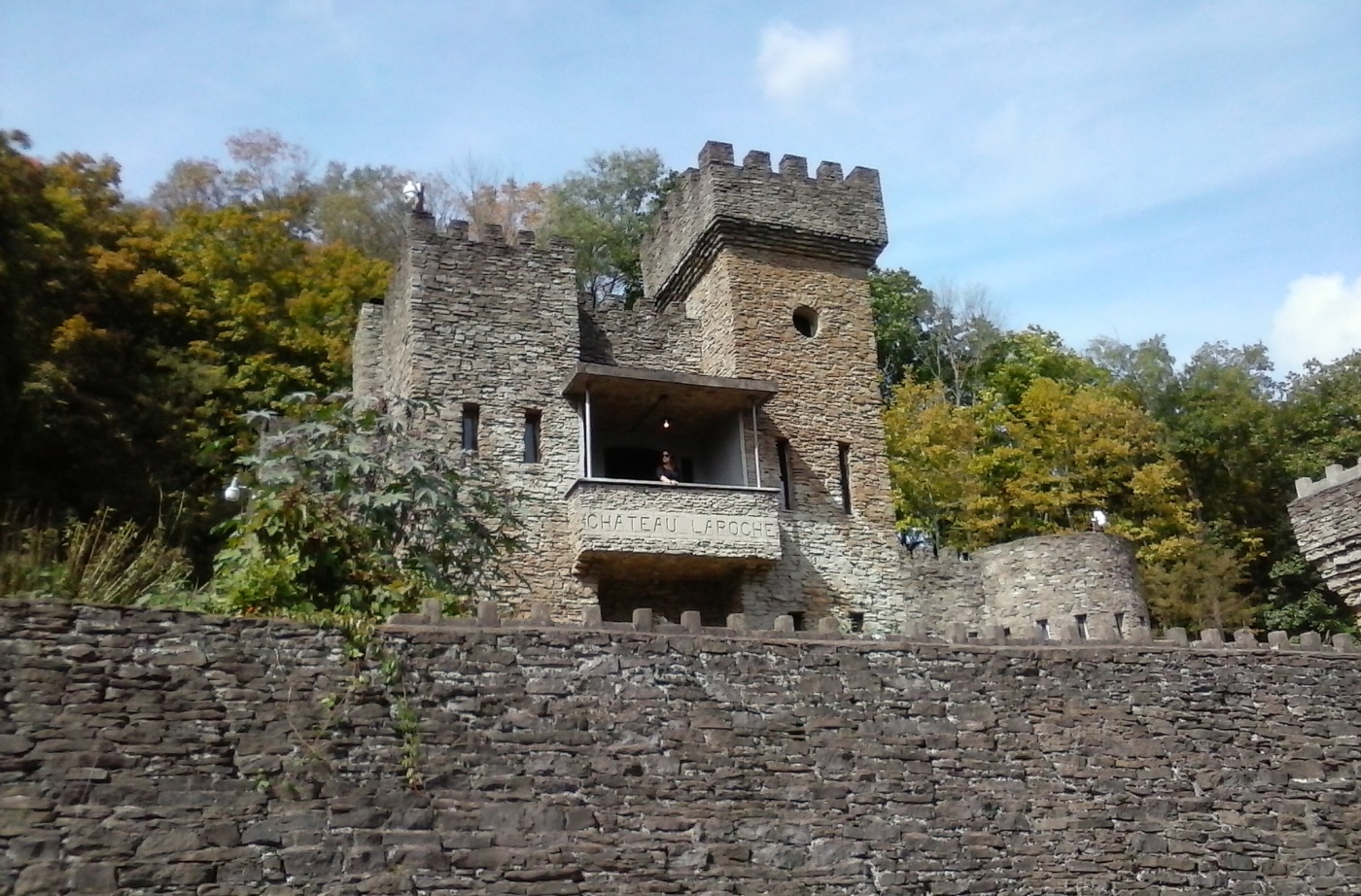 There’s an interesting structure in Loveland, Ohio, known as the Loveland Castle or Chateau Laroche.

The history behind this castle is fascinating and it starts with a men called Harry Andrews. Born in 1890, the men was known to be a bit eccentric by everyone who meet him. He had this intense obsession’s with Knights and medieval history. He hated the ways of the modern worlds. Harry took part of World War 1 as a medic, but he got extremely sick at the start of it. It got so bad that he was pronounced dead. He did a surprise recovery six months later. By then, things were different for Henry. His fiancée was married to an other, so Henry went back to Ohio by himself. He stayed single for the rest of his life.

He became a scout leader. He founded the Knights of the Golden trails. He shared is passion of the medieval with his groups. He told them how he wanted to own a castle one day. Sources divert for this next part, but either Henry bought the land, or the scout’s parents owned it, or the members of the Knight of the golden Trail worked together in order to gather the money to buy the plot of land. But no matter the truth, we end up on an empty plot of land in Loveland.

That’s where Henry Andrews started to build his castle. And when I say this, I mean it literally. Henry build his own castle by hand. It started as a hobbit in his free time, but after retirement, he did it full time. He would use rocks found around the Little Miami river, or bricks made out of homemade molds (He used milk cartons for it). He also build a road, a garden, a drainage system and a dungeon “that was so well built that it was deemed the safest bomb shelter in Ohio”

He worked on his castle for over 50 years, at 91 years old, Henry went to burn some trash, something he did every week. He accidentally self himself on fire. He died 16 days later, leaving his castle to the Knights of golden trail.

it’s not surprising that a men as dedicated and passionate would still be seen around the castle after death. Henry is believe to be a good ghost. Objects would go missing or move by themselves. He likes to play tricks on the knights. Guest of the castle report hearing footsteps and voices. It is also said that if you are lucky enough, you’ll see him wondering around the castle, sometimes looking out from the basement. Henry stills looks out for his castle. Apparently, one day, the knights heard a door slamming, when they went on to investigated, they found no one, but that made them notice that the septic tanks was about to overflow. If they didn’t fix it at that moment, it would have caused alot of damage to the propriety.

Henry Andrews is not the only entity lurking around Loveland Castle.

One of the stories goes that a man and his wife build a cabin near the castle. They were set in front of a cave, living between the cabin and the cave. They were making their own moonshine and one day, there was a big explosion. Henry and some of the castle’s staff went in to check on the couple, and found that the wife had been killed. Every haunted spot needs a lady in white and it is believe that the women who died in the cave became the one for Loveland Castle. She is seen often walking across the river in the back of the castle. She is wearing this long, flowing dress and would disappear quickly after being seen.

It is also believed that other ghosts roamed the castle, mostly the spirits attached to the different historic objects around the castle. Over the years, Harry has gathered artifacts, like armor and weapons. Guest have said to have seen a Viking entity. He has a long black cloak, a helmet and walks around with his sword. He can look pretty scary, but he ignores what is going on around him and keeps going.

if you are interested, the Loveland Castle offers tour and visitation. Visit their website for more infos and to see more incredible pictures of this impressive castle : https://lovelandcastle.com/